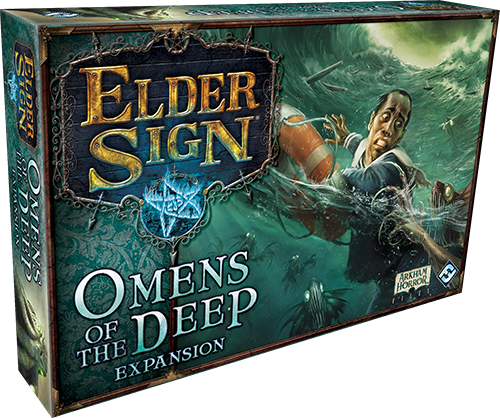 “Never a competent navigator, I could only guess vaguely by the sun and stars that I was somewhat south of the equator. [...] The weather kept fair, and for uncounted days I drifted aimlessly beneath the scorching sun; waiting either for some passing ship, or to be cast on the shores of some habitable land. But neither ship nor land appeared, and I began to despair in my solitude upon the heaving vastness of unbroken blue.”

The murky depths of the Pacific ocean conceal untold horrors in Omens of the Deep, a new expansion for Elder Sign, the cooperative dice game steeped in the lore of H.P. Lovecraft’s terrifying mythos. Based on the popular The Call of Cthulhu expansion for the Elder Sign: Omens app, players can now venture forth from the confines of the museum and board The Ultima Thule to combat the Ancient Ones that have begun to stir in the depths of the Pacific.

The new R’lyeh Rising mode of gameplay features two stages as you first navigate the Dark Waters track and then assemble the Amulet of R’lyeh to stop one of three dangerous new Ancient Ones from waking and devouring the world.

Engage the newly introduced mission tokens for hard-won rewards and fend off the dogged Deep One Legion as your investigators move to unknown dangers on the Pacific Adventure cards. The depths of the Pacific are filled with fresh terrors that only the bravest can attempt to seal with the power of the Elder Signs!

Cthulhu is just one of the three new Ancient Ones that the investigators will face in the Elder Sign: Omens of the Deep expansion. With a total of eight new investigators, the two-stage Pacific Adventure and Mythos decks, and new Items, Skills, Allies, and Spells, your team will board The Ultima Thule and attempt to seal the great darkness dwelling beneath the waves.

Brace yourself for what lurks in the depths! 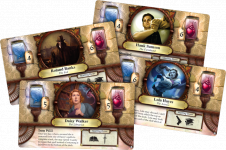 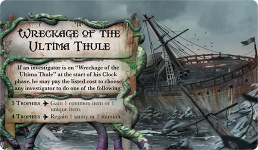 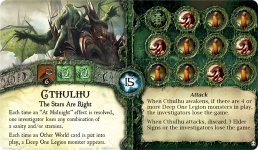 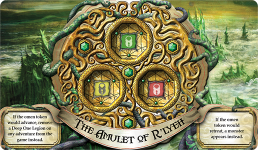 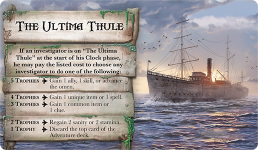